Strongly felt in prayer today that there are many intercessors and remnant believers who are wondering about the answers to their own prayers. They see great things happening for others, but there own prayers and promises from God are long delayed. There is a weariness in the battle that is evident as I pray for the “pray-ers” and I had concern that many of these warriors are on the verge of giving up. When I asked God about it He spoke to my heart: Tell them to STAND!

I saw a battlefield and the enemy stood in array against the body of Christ. There were huge gaps in the enemy’s line. Though there were Christians in that area of the battlefield the enemy forces were few in certain sections and they stood in large numbers in other areas. They were congregated in greatest strength right in front of every praying intercessor and remnant believer. As the intercessors and believers prayed and worshipped, proclaimed, declared, decreed the Word of God, the front line of the enemy ran screaming looking for cover. There would be brief respite and another line of enemy forces would form and advance. They came from other parts of the battlefield leaving whole groups of Christians. As they left, the war would stop in that part of the church and the angels of the Lord would decend from heaven with answers to prayer, hope, faith, healing, and more.

Though each new group of demons ran in defeat as the intercessors and remnant prayed, new demonic forces still kept coming to stand right in front of them. The intercessors and remnant never stopped. No matter what was going on around them, they kept fighting the good fight. They never gave up blessing. They never gave up releasing the love and promises of God as the Holy Spirit directed them. The most impressive part was the intensity of light behind them. The Lord has spoken to me many times: Don’t give up. I have your back. It was evident that Jesus was in the midst of them as they prayed and His glorious presence was scattering the enemy. He had their back!

Then I understood. What seems like there is no victory because of constant battle, is in fact constant tremendous victory. The intercessors and remnant, as they pray in the authority and power of Jesus are winning, constantly winning. Large sections of the church are gaining freedom. They are starting to awaken. There are huge gaps forming in the enemy lines and the church is about to advance to take back what has been stolen. The enemy is trying to stop the fervent praying remant of God, but no matter how many gather against them, the battle is won in the Name of Jesus.

So, stand! When you have done all, keep standing in the full armor of God, putting on the Lord Jesus Christ. He has not forgotten the remnant or the intercessor, He is in the midst of us! He is in us and pouring through us. Jesus is winning the battle of the ages through us. The greatest awakening of the church ever in history is about to occur. So STAND intercessor! STAND remnant believer! As the Awakening burst forth, we will be as those who dream for the pure joy of it! (Psalm 126) Know that God has not forgotten you, your time of personal victory is close at hand.

Psalm 5 (AMP)
11) But let all those who take refuge and put their trust in You rejoice; let them ever sing and shout for joy, because You make a covering over them and defend them; let those also who love Your name be joyful in You and be in high spirits. 12) For You, Lord, will bless the [uncompromisingly] righteous [him who is upright and in right standing with You]; as with a shield You will surround him with goodwill (pleasure and favor).

Submitted by Rev Cheryl S Birch received July 27, 2013 and posted July 29, 2013
May be shared in whole with scripture references author and dates intact.

A Word for the USA:

There is a tug-of-war over your nation right now in the spirit. The enemy has assembled his Goliaths, giants, Philistines, Amalekites, powers and principalities to pull your nation into a pit of bondage and torment. What you have thought has been a challenge is a feather-weight compared to this pit of trials. But, I have assembled my Davids, Gideons, Hezekiahs, Josephs and Deborahs. Though they look small in the eyes of the nation and they have often suffered under ridicule, rejection and disdain out of the mouths of their own brethren I, Myself, have given them My strength. They are mighty men and women of valor. Faithful, brave, courageous. Right now they are holding back the abysmal decent of your nation. By blessing, humbly repenting, and praying they have forestalled the consequences of sin.

I call to My church, My own body, JOIN THEM to ensure VICTORY! Pick up the rope of faith and join them in speaking blessing over your land. Humble yourselves, Repent, Release My promises over your land! Forsake the enemy camp, come out of Babylon and join My Holy Remnant. Join them and work in symphony with my angelic hosts and PULL! PULL! PULL!. Pull in the strength that you have and I will give the increase. PULL!

PULL your nation to salvation and deliverance. I, Myself, will empower you. Authority I have given you. PULL and you will be victorious in this tug-of-war!

Received during prayer by Rev Cheryl Birch 7-15-13
May be shared in whole with references. 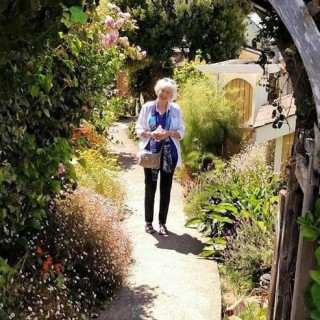